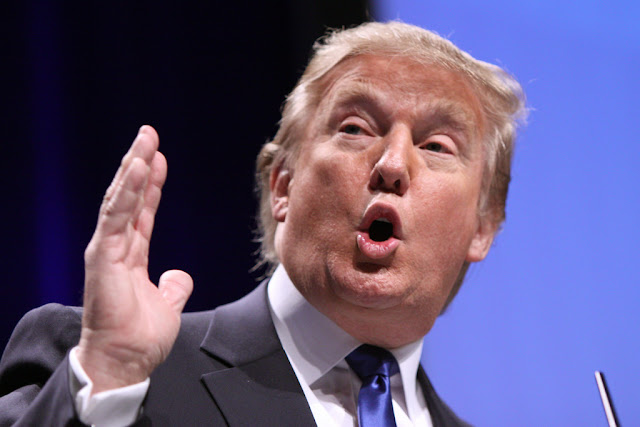 President-Elect Donald Trump claimed that three million votes in the United States were cast illegally. It is just the latest in a long line of unsubstantiated claims. Not only does he make the claim without citing evidence, he assumes that all illegal votes were against him. We know that's not true because Trump so thoroughly convinced some of his supporters that voter fraud was epidemic, they committed voter fraud to counteract the perceived injustice. However, just because Trump says whatever he wants without substantiation, does that mean no evidence exists? Regardless of whether Trump can back up his claims, is illegal voting a large scale issue in the United States?

Virtually all claims of widespread voter fraud occur on right-wing websites. Even liberals who marched down the street tearing up property didn't believe voter fraud was a substantial issue. They just didn't like the election result. Almost all of the proposed evidence is generated by one side leading to accusations of bias by left-wingers. That is not always a fair criticism. In some cases it is. I'll get those out of the way first.

The supposed evidence cited in defense of Trump's most recent claim is a tweet by some guy named Gregg Phillips. Mr. Phillips doesn't explain his methodology and refuses to identify his sources. As near as I can tell, Gregg Phillips is just some guy on Twitter who says stuff and the President-Elect believes it.

One study found on conservative websites had to be dismissed because it was biased and, at times, unhinged. It claimed that widespread voter fraud occurred in Virginia and a statewide conspiracy covered it up. If you so choose, you can read it here, but fair warning: it's nonsense. It's 143 pages of indignant rambling and whining.

Not all evidence presented by conservatives is outlandish, though. Conservative blogger Stephen Frank claims that 13% of illegal aliens admit they vote. He cites a 2013 study conducted by Republican pollster John McLaughlin. The study's major findings indicate that Hispanic voters favor many Republican policies on immigration reform, including stricter border security, but have a negative view of the Republican Party.

Stephen Frank references a Daily Signal article from 2015 that points out, buried in the back, the study states that 13% of non-citizen respondents claimed that they registered to vote.

Frank states: "Based on a sample survey of 800 Hispanics in 2013, McLaughlin found that of foreign-born respondents who were registered voters, 13 percent admitted they were not United States citizens."

The survey has a couple of problems when used as evidence of voter fraud.

1. The 13% of non-citizen registered voters might not be representative of the Hispanic population at large because it wasn't the purpose of the study to expose voter fraud.

2. Registering to vote doesn't mean that they can actually vote because the U.S. Election Assistance Commission scrubs millions of voters from registration every election cycle. Reasons given for removal include: "Voters who’ve been convicted of a felony, ruled mentally incompetent or found to be noncitizens also can be removed."

3. Not all registered voters actually vote. Only 50-60% do (Also, only about 55-60% of illegals support Democrats. We also can't extrapolate the data to encompass all illegal aliens because 10% are not Hispanic).

A second study is oft-cited by Republicans as evidence that non-citizen voting occurs at significantly high rates. Unlike McLaughlin's study, this one is specifically designed to figure out how often non-citizens vote. The study by Jesse Richman, Gulsha Chatta and David Earnest analyzed data from the Cooperative Congressional Election Study and concluded:

Unfortunately for Republicans who cite the survey, a panel from the Cooperative Congressional Election Study says that Richman et al.'s extrapolations contained a measurement error that expounded problems with their conclusion. The CCES panel stated:

“The Richman and Earnest study is an incorrect use of the survey that we manage, and a false claim of evidence of non-citizen voting. It’s a dangerous, stray false-fact.”

The abstract for their survey also states: "The results, we show, are completely accounted for by very low frequency measurement error; further, the likely percent of non-citizen voters in recent US elections is 0."

I wouldn't say that Richman et al's study was debunked, per se, but its conclusions were probably overzealous. In a cordial back and forth with Factcheck.org, Richman acknowledged that measurement errors could have biased their conclusion upward, but also said that CCES's conclusion that zero voter fraud exists is "complete and utter bullshit." He didn't really say that; he was much more polite, but that was the gist.

Voter fraud exists. I gave an example of it in the very first paragraph of this blog. However, virtually all viable instances of voter fraud or illegal voting rarely exceed numbers in the dozens.

Washington Times writer Kelly Riddell gives several instances of voter fraud as evidence of a wider problem, but some of her claims have been debunked. Furthermore, she claims that many people in Pennsylvania "might have cast two ballots." Claims like this are dangerous. It has caused legal registered voters to be banned from polls because they had similar names to someone else. Even in her debunked examples, calling election fraud  "widespread" is probably a stretch.

So far, nothing has corroborated Donald Trump's claims of widespread voter fraud or illegals voting. In Missouri, where I live, there have been zero cases of voter impersonation in general elections and only 17 cases of improper or false registration since 2005. While a few instances of voter fraud exist across the U.S., there is definitely no evidence that they swayed any election. If any reliable evidence existed, we'd see much more forceful election challenges than half-hearted recounts.

- January 03, 2011
All recent studies about religion in America show a steady decrease in religious beliefs and an increase in non-belief and atheism. Distress has grown among American Christians who fear an Atheistic revolution that will seduce righteous youth and negate their religious majority. Fox News has launched an all out assault on anything Atheist. Ringleaders Bill O'Reilly and Glenn Beck demonize atheists and literally blame the country's problems on them --a la Salem witch trial style. Newt Gingrich openly admitted in his new book that he wants Congress to vote for Pro-Christian laws, a completely unconstitutional and anti-freedom concept. They have opened up with both barrels against non-believers, science, and the first amendment. The biggest fighters are mostly "mainstream" Catholics, Christians and Evangelicals. The "unaffiliated" Christians seem to acknowledge the rights of non-religious. There are two dominant reasons why more Americans are turning aw
Read more